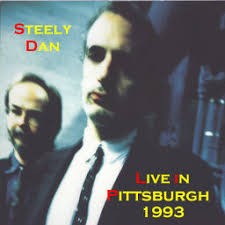 Steely Dan's second show since their 19 year hiatus and the second of the 1993 tour. After this show, "Girlfriend" would never be performed again at a Steely Dan show.

A tape recording of the full show which has circulated for many years. A digitization of this tape was made available to a wider audience in mid 2020.