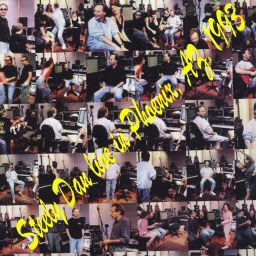 Surprise surprise, the same setlist yet again. The performance of "Book of Liars" from this show was touched up and later included on the Alive In America live album.

An audience recorded tape of this show has circulated since the late 90s. Not too hard to come across on the web and sounds fairly good. In 2015, the Midnight Dreamer label released a CD featuring this same audience recording. Why? Money.