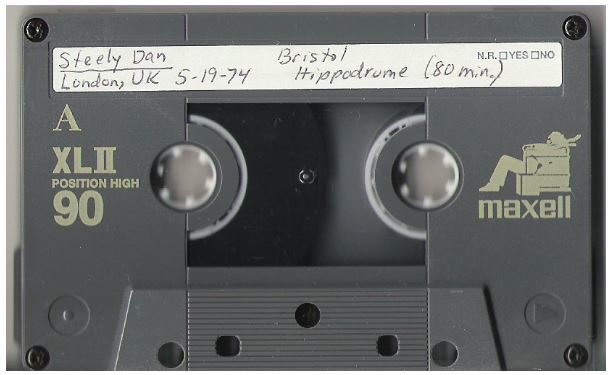 Tape owner confirms set is the same as every other show from this tour.

Steely Dan's third show ever in England. This show has been subjected to many jokes in some corners of the Steely Dan community due to the fact a recording of it exists yet does not circulate publicly.

A tape recording of this show was first mentioned in a Usenet post from 2001, viewable here. Years later, a tape very similar to the one traded in 2001 appeared for sale on a website called YourSongsCollectibles, viewable here. The tape was then bought by a fan who promised to rip the tape and upload it on the internet for all to see. As of 2021, the tape has not been ripped and all inquiries sent to the owner of the tape have been ignored.