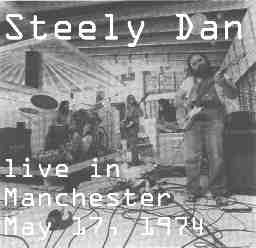 The first show of Steely Dan's UK tour. This would also be their first ever show performed outside of America. An especially rowdy crowd attended and would chant for "Razor Boy" to be played as an encore. To this day, that track has never been played outside of America.

A complete audience recording of this show exists and circulates online. A bit harder to find than other show recordings from this era, but is still findable with a bit of digging.