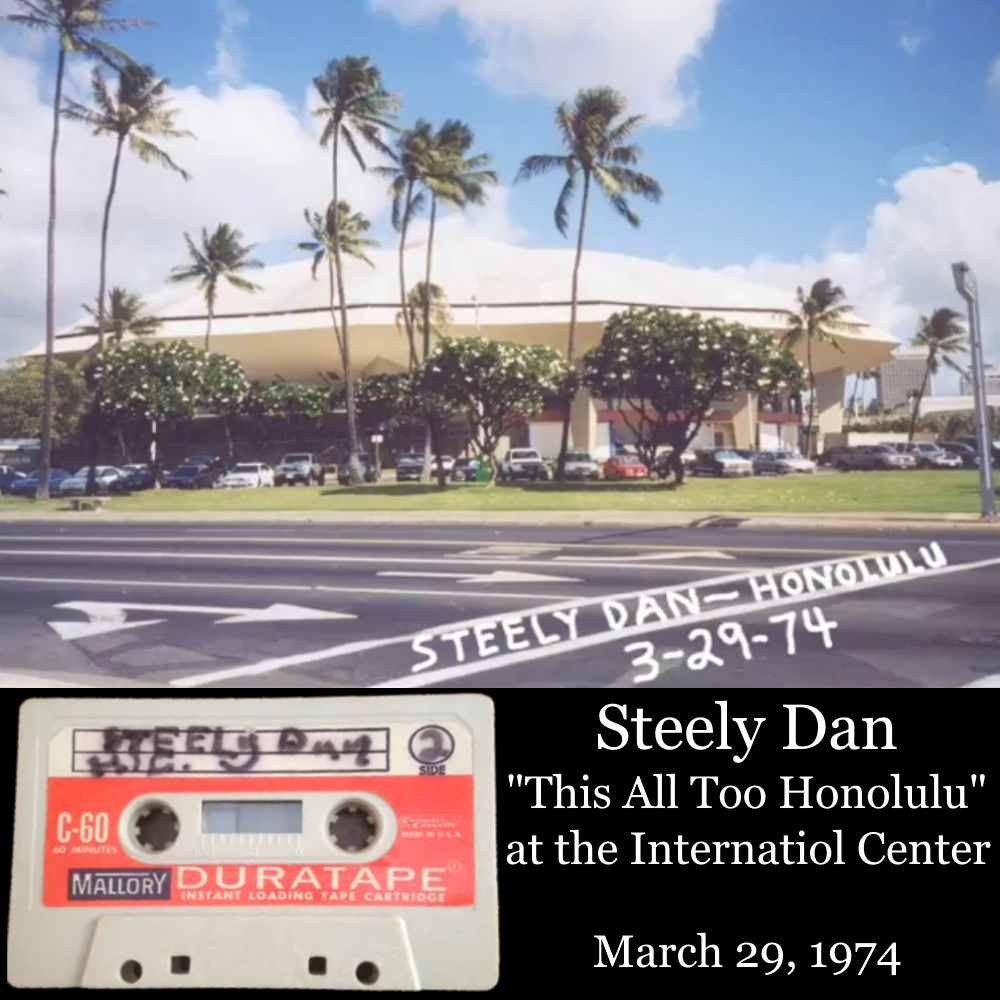 One of the few shows from this era to have backing vocalists singing the Lost Wages refrain during "Show Biz Kids". Another abnormality happens directly after the jam, where Skunk Baxter plays a short version of "Amazing Grace" on his guitar. This is the only known show where he has done this. According to some sources, singer songwriter Jesse Colin Young opened for the band. Young is known for being a founding member of the Youngbloods as well as being a solo artist.

An audience recording of the full show was posted to YouTube by user rovingrecorder in 2018. According to the uploader, the show was recorded onto two tapes, with the second ending up in a friend's possession. It is unknown what exactly was on this second tape, although it is unlikely the show is incomplete as the setlist matches up with other shows from 1974. Rarity listed as rare due to the fact this show is only available as a YouTube upload. Acquiring an uncompressed download of this show is currently impossible.