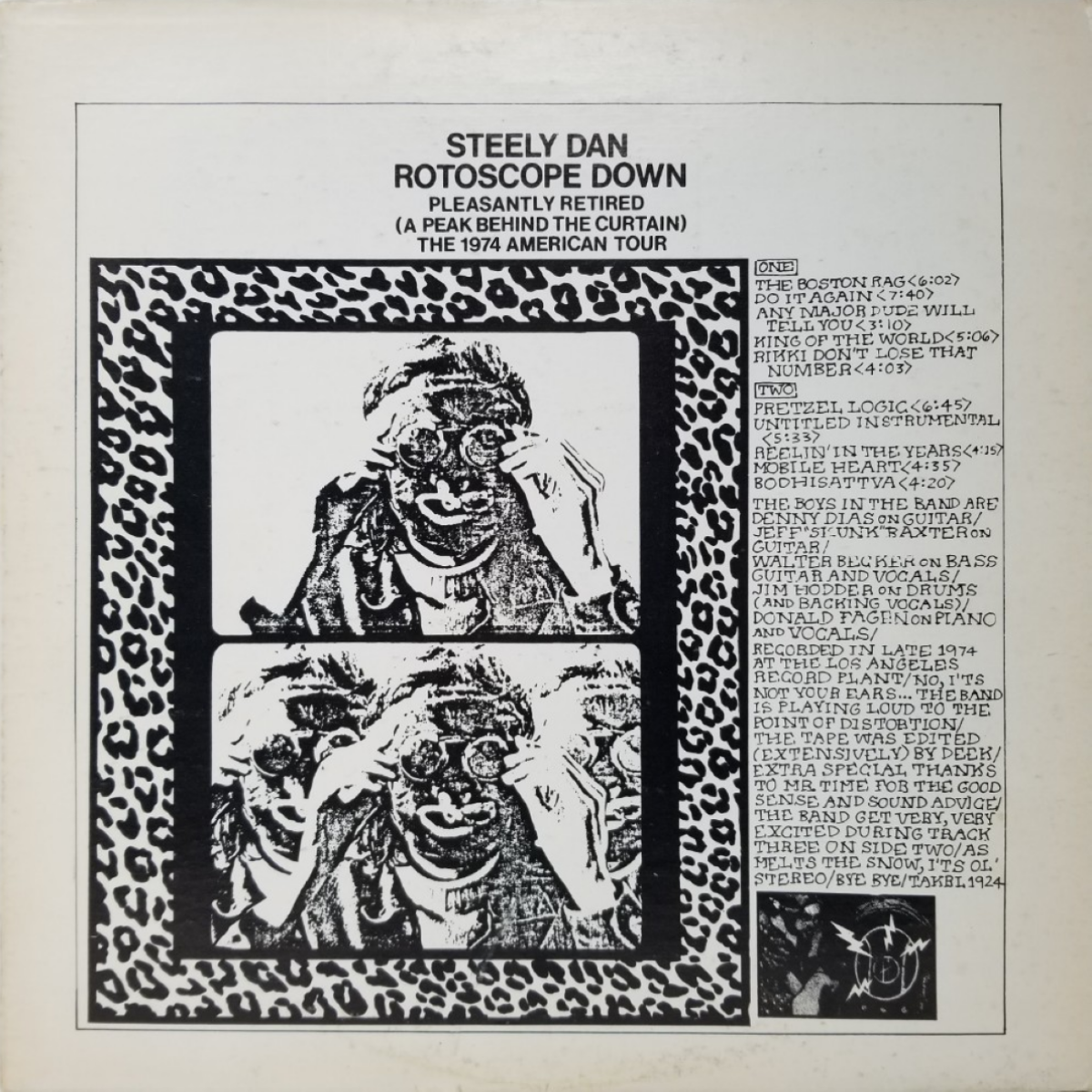 "Jam (Your Gold Teeth II)" added to setlist, preceding "Reelin' In The Years".
"My Old School" and "Barrytown" dropped from setlist.
"Rikki Don't Lose That Number" moved in front of "King of The World".
"Any Major Dude Will Tell You" played one slot earlier.

This show was the very first of Steely Dan's to be put on a bootleg (Rotoscope Down in 1974). This show was also broadcast on the KMET "Mighty Met" radio station in Los Angeles. More notably, the jam which would evolve into the intro to "Your Gold Teeth II" was played for the very first time at this show. This version of the jam would end up being the longest the band has ever performed, totaling in at around 5 and a half minutes as opposed to the usual sub 2 minute performances from later dates.

One of Steely Dan's most common shows, both on the internet and in the world of bootlegs. Some versions of this recording omit a test tone and band chatter before "Bodhisattva". This show first circulated on the vinyl bootleg Rotoscope Down in 1974, a bootleg of which had a plethora of mislabelings and terrible sound quality. Since then, it has been bootlegged many other times and in considerably better quality. Many uploads of this show are sourced from the original reel-to-reel tape the show was recorded onto for radio broadcast.